on my bathroom window i have the same lace drops that i have on virtually every window in my home the ikea lace drops.. .these are around the £9 mark and are so amazingly good for the price as they look really expensive and you get tons of material for your money...

now as i say i had these drops on my window and i had the two that you get in the set..this is only a little window and the height from the curtain rail to the floor wasn't that long so there was always lots of material wafting around...when i originally put them up on the rail it was in typical pretty vintage slapdash style so there was no tie backs for them it was simply me tying a big knot in them ..terrible really!! 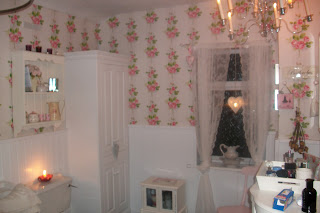 after about a year this had started to get on my nerves  as there was far to much material and they just lay on the floor getting dusty and i felt looking a bit scruffy until the other Saturday when i was in the middle of cleaning the bathroom and moved the curtains to mop the floor .. suddenly the creative urge came over me and i decided to take both drops down and just put the one half back up.
i thought i would drape it from one side and tie it at the side using some ribbon i found in my messy drawer! 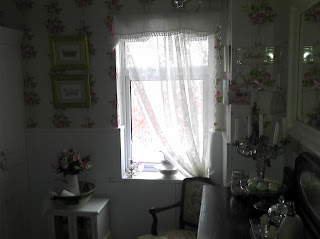 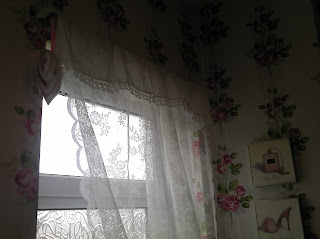 .. do you do mini makeovers that make you feel like that!!! but the window looked unfinished so i had a root round my linen cupboard and came across a white cotton runner that i had bought from a pound land shop no less which had never been used  and decided to use as a pelmet ..
very simply i pinned it around the curtain pole to give it the shape but it has remained in tact and i feel looks very effective
this took me about five minutes but its one of those mini makeovers that has really made my day as now when i walk into the bathroom i see a tidy pretty window instead of a messy one and its a little bit new so I'm still loving the novelty factor!! 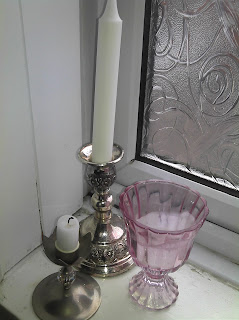 i also bought a new candle holder from the chazza shop the other day as well so this has found a new home on the bathroom window sill along side one of my vintage looking ikea candle holders which has a gorgeous smelling candle in and my mini pewter petal looking candle holder that I've had for a while now it gives me something new to look at now when I'm brushing my teeth!!
Posted by charl at Saturday, April 21, 2012

Labels: bathroom, before and afters, corners of my home, interiors, mini makeover, pretties

charl
this is my little space were i can come and talk about decorating, thrifty purchases and all things shabby chic... 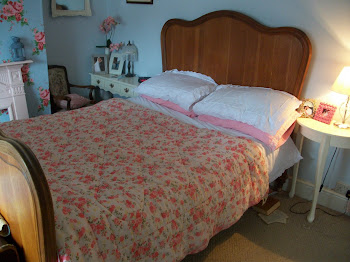 Fairy lights in the kitchen 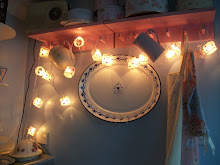 what i ramble on about! 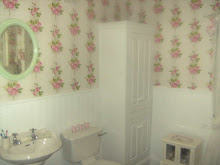 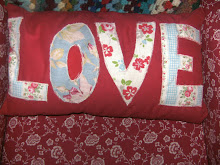 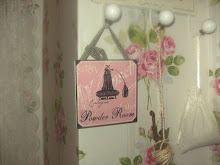 Things I'm always on the lookout for! 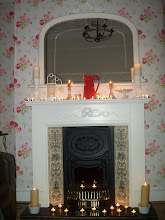 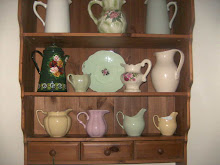 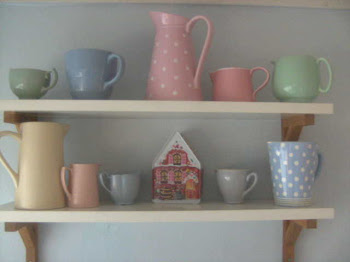